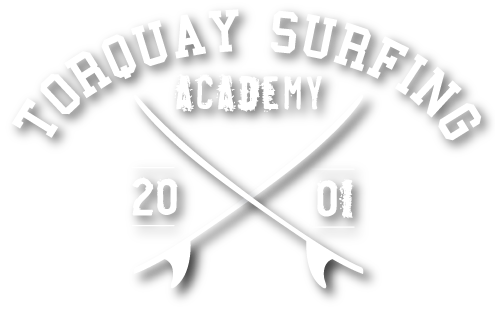 Breamlea (Bancoora) and Point Addis beach are the locations that we use for the majority of our summer lessons. Both locations are fantastic, due to their location and other factors they attract less people and have been able to preserve their natural beauty. Point Addis sits within the Point Addis Marine Nature Reserve.BANCOORA (BREAMLEA) BEACH

∆ The Breamlea Saltmarsh has significant environmental values and is a primary feeding ground for the Threatened Orange-bellied Parrot. This small parrot migrates annually to winter in South Australia from Tasmania, passing through Victoria on route. ∆ Other bird species sighted in the Breamlea area include White-faced Heron, Mas

∆ Other fish known to inhabit the creek and wetland include Big-headed Gudgeon, Black Bream, Greenback Flounder, Long-snouted Flounder, Small-mouthed Hardyhead, Tommy Ruff, Yellow-eyed Mullet, Common Galaxias and Australian Salmon. The regular appearance of pelicans on the estuary is a good indicator of the presence of fish.

∆ Other fringing vegetation has a particular role as well. Chaffy Saw Sedge (Gahnia filum) is home to the threatened Skipper Butterfly. This butterfly specifically inhabits this species of sedge.

∆ Breamlea has been a holiday destination for over 40,000 years. Before European settlement it is said that the local tribe, the Wathaurong, migrated down Thompsons Creek (formally Bream Creek) during summer to harvest food from the sea.

∆ The Breamlea Township is located behind a large open dune system that is vegetated with coastal grassland and shrubland vegetation, providing habitat for many birds including the threatened Hooded Plover.

∆ There is a great deal of open space in Breamlea, primarily to protect areas of environmental significance, such as wetlands, sand dunes and saltmarsh. Areas such as the recreation reserve have been highlighted as an excellent place to undertake outdoor activities such as walking the dog and family cricket or utilise the picnic facilities for a barbeque lunch.

∆ Bancoora Beach is the only patrolled and safe swimming beach in Breamlea, and the Bancoora Surf Life Saving Club is the main visitor destination point in the town, along with the Breamlea Caravan Park and shop.

∆ The estuary of Thompsons Creek supports a fascinating saltmarsh community. Historically, wetlands, in particular saline ones, were regarded as ‘smelly old swamps’ and ‘only good for breeding mosquitos.’ Saltmarshes are actually highly productive areas and provide fish breeding habitat, shallow foraging areas for wading birds and waterfiltering areas for stream-flow. The park covers 4,420 hectares extending from the high water mark to three nautical miles offshore within the continental shelf. It extends along nine kilometres of coastline east of Anglesea to Bells Beach abutting the Great Otway National Park. Point Addis is a prominent headland in the middle of the park.

The park can be accessed by boat and by shore at Point Addis, Southside and Bells Beach.

Parks Victoria acknowledges the Aboriginal Traditional Owners of Victoria – including its parks and reserves. Indigenous tradition indicates that the park is part of Country of Wadda wurrung.

Species and Communities of Conservation Significance: Within the park there are two red algal species Rhodymenia verrucosa and Webervanbossea splachnoidesthought to be at their western distributional limit. There are also fourteen invertebrate and algal species found that are regionally uncommon in the area, including the chiton Ischnochiton versicolor and the green algae Caulerpa cactoides.

Measures to address or minimise threats identified for this park form part of the park management plan.

Parks Victoria also uses an adaptive management approach which includes periodic reviews of priority natural values and threats through processes such as the State of the Parks evaluation and setting of desired conservation outcomes. Through these processes Parks Victoria has identified emerging threats and developed appropriate management responses. More information can be accessed via Parks Victoria Phone 13 1963 www.parks.vic.gov.au

We're not around right now. But you can send us an email and we'll get back to you, ASAP.